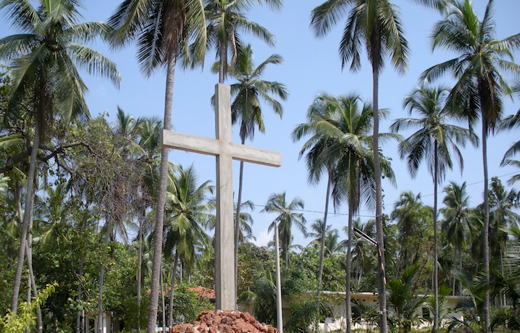 I Once was Blind

Karuna lay in the hospital bed dejected. The words of a friend echoed in his mind, stabbing at his heart and leaving him hopeless: “You are paying for your sins from your previous life. This is your karma. It would be better for you to die than to live like this.”

At the age of six, Karuna contracted a disease that caused him to go blind. Being born to an extremely poor family, in a remote village in Sri Lanka, he had no hope. In his early teens, his family sent him to a government funded school for the blind. Their visits became less frequent and after a few years he found himself completely abandoned by his loved ones. Upon graduation, he did not want to be a burden to anyone and looked for some kind of employment. He found a job working in a coconut factory removing the husk from the coconuts. He made just enough money to survive day to day. After a few years working in the factory he had a horrible accident. He was seated on the back of a very large truck with his legs hanging off the back. Since he could not see, he did not know that the truck driver was backing straight into a coconut tree. One of his legs was completely crushed between the steel truck and the tree. He was sent to the hospital to have it amputated just above the knee. Unknown to him at the time, that hospital stay would mark a turning point that would change his life forever.

Resting in the bed next to him was a Christian man named Jude. Over the next several weeks, Jude and those who came to visit him told Karuna about Jesus Christ and the salvation He offered. They encouraged him that even though it seemed that everything was against him, the one true God loved him. Their words seemed to bounce off of Kaurna’s hardened heart. Secretly, he was planning to commit suicide once he was discharged. The day he was released, the Christians prayed for him. Jude handed Karuna his home address, and once again reassured Him of God’s love.

Though he contemplated it many times, thankfully Karuna did not follow through with his plan to commit suicide. Not long after Karuna left the hospital God provided an artificial leg through a goodhearted businessman. He spent the next eight years as a homeless man surviving by begging on the streets. Some urged him to turn to alcohol to help ease his suffering. The words he heard from the Christians in the hospital never left his mind. At a very low point, he again contemplated suicide, but decided instead to visit those Christians he had met eight years earlier. He gathered what little money he had and purchased a bus ticket and traveled 50 miles to find Jude. He arrived at brother Jude’s house on a Sunday afternoon. Jude was shocked and praised God to see Karuna after all of those years. The following Sunday, Karuna gave his heart to Jesus. On the way home from church he said, “I felt something happening to me. Before I came here, I felt trapped inside my mind. Now that feeling is gone and I have a new hope.” 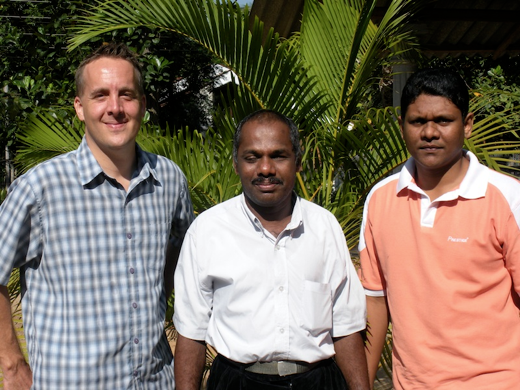 Immediately Karuna began sharing his testimony with everyone he met. Those that hear him are captivated by the joy and hope they see in the face of this blind and crippled man.

Karuna quickly developed a deep thirst to study the Bible. God opened the door for him to attend the Gospel for Asia Bible College where I teach. Through another ministry, God has provided a Braille Bible in Karuna’s native language, Sinhala. He is doing great. Recently I sat with him in his dormitory room and with a huge smile on his face, and joy pouring out of him; he showed me how he was able to take notes in Braille. He is not concerned with what he cannot do. Instead, he is giving his all to what he can do. His only concern is sharing the life changing message of the love of Jesus with anyone who will listen. Karuna lives in a country that is home to 19 million people that are still waiting to hear that they can be saved through Jesus Christ. God is using a man with earthly limitations to bring his eternal hope and love to countless lost souls. 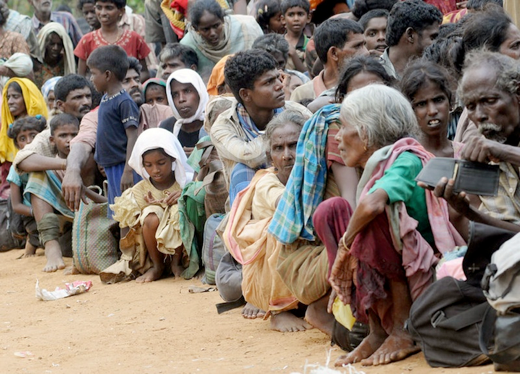 Karuna is a wonderful example of the true Christian that is living a life of simple faith.

“We rejoice in our sufferings, knowing that suffering produces endurance, and endurance produces character, and character produces hope, and hope does not put us to shame, because God’s love has been poured into our hearts through the Holy Spirit who has been given to us.” Romans 5:35

Isaiah 9:2 “The people who walked in darkness have seen a great light; those who dwelt in the land of the shadow of death, upon them a light has shined.”