The Birth of a New Nation

On July 9th 2011 we witnessed an unprecedented governmental change in Africa. This has never before taken place on the continent. After 25 years of brutal war that claimed the lives of 2 million Southerners, the South has voted in favor of splitting Sudan in two, making South Sudan Africa’s 54th country.

Please pray that the country will not be plunged back into civil war and for God’s peace to rule. 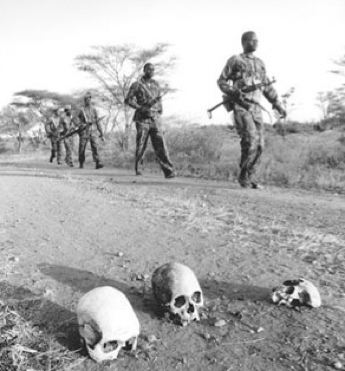 Southern Sudan is one of the least developed areas in the world. The country to this day does not have a single paved road connecting it’s major cities. They lack almost all basic necessities, like clean water and medical care. At least 1 million people are still without the gospel.

Pray that Ends Of The Earth will be able to continue to provide:

Sudan functions already like two nations – a richer, Arabic-speaking, Muslim North and a poorer South devastated by years of conflict and neglect.

Most of Africa’s country borders that are recognized today were drawn by the European powers who divided the continent in the 1880s in the “scramble for Africa.”

They cut through ethnic groups, dividing peoples and even families. People groups who had differences of language and religion were forced together.

To get a better understanding of the religious, political, and quality of life differences between the North and South see a BBC News article by clicking on the map below. 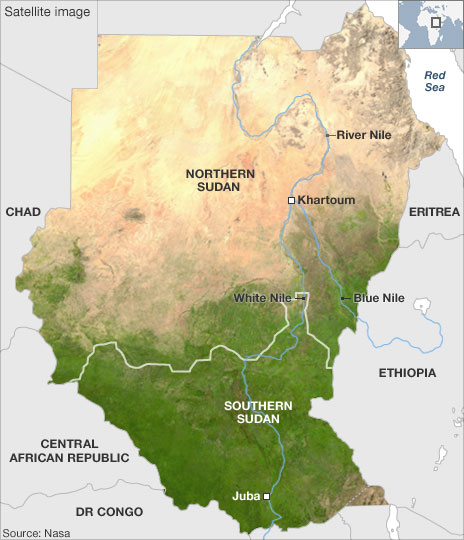 Last year we opened a medical clinic in a devastated region of South Sudan to show the love of Christ in an undeniable way. This clinic services five totally unreached tribes with an estimated population of 1 million people. Almost 50% of the children in this area die before their fifth birthday as a result of simple diseases that can be cured for less than one dollar. Please consider financially supporting the medical clinic.

We still need to raise $1500 per month to supply the medicines and native missionary medical staff essential to show the tangible love of God to these desperately lost and hurting people.

Support Ends of the Earth