Our Brother is Alive

Imagine what it would be like to be raised in one of the poorest places on earth; to grow up in total spiritual darkness without education and absolutely no healthcare. My heart is overflowing with joy to tell you Zechariah’s story of how God has recently saved him from a life of spiritual and physical despair.

Zechariah lay on the floor of his mud hut trying to hold onto his life, as it slowly slipped away. The closest resemblance of a hospital was hundreds of miles from his small village in the desert foothills of South Sudan. Without a car or even a bicycle, and no money, he had lost all hope of survival. Zechariah’s tribe is so few in number the other larger tribes that dominate this region call them Tauso or “the forgotten people.”

Zechariah was surprised to hear the rare sound of a vehicle entering his village. As he strained with all his might to peer out the door, he saw a stranger step out of the well-worn Toyota and be greeted by the chief and elders. Through a translator, Ends Of The Earth native missionary, James Nyika, introduced himself as a pastor. He went on to ask if he could send Christian missionaries to live among the Tauso, to learn their language and introduce them to the God that sent His Son, Jesus Christ, to pay for their sins.

This tribe lives in an area of Africa that has seen decades of war, slave trade, and starvation. For a millennia they have been living in total spiritual darkness held under the destructive power of demonic spirits that speak to them through witches. James described them as, “The poorest people I have ever seen.” As a result of these seemingly impenetrable spiritual strongholds and life threatening conditions, missionaries have failed to reach these people.

The Elders opened their arms widely to native missionary, James Nyika, and responded, “Come, we want to know more about your God.” James was overwhelmed and filled with praise to God for answering years of prayer for an open door to reach these people. The elders showed him the dry mud hole that was their only source of drinkable water and narrated their failed attempts to grow food to feed their people. With a heavy heart, James began to say his goodbyes and return to the vehicle. In the distance he heard a desperate voice call out, “Please, Please help our brother. He is dying!” James was led to a small house made of mud and sticks. As he entered this humble shack, he was filled with compassion for the emaciated man that lay on the compacted mud floor. At first glance, it was obvious that this extremely sick man did not have long to live. James asked the elders for their permission to take Zechariah to a small village hospital, 200 miles away in the nearby country of Kenya. That day no one imagined how radically their lives were about to be changed by this new visitor and his message about the God who had not forgotten them. 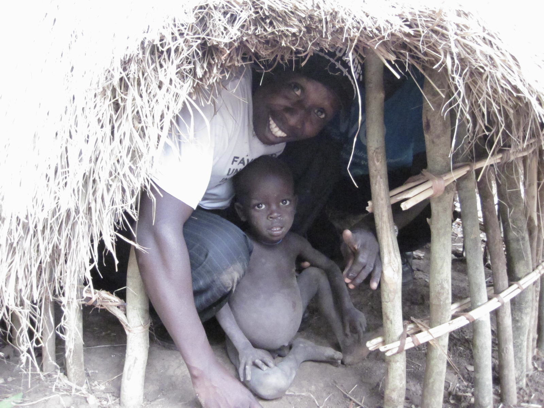 It took many days of arduous travel to reach the small medical clinic in Kenya. Zachariah was admitted and James was told that he would need to be there for at least one month. James prayed for Zechariah and his mother that God would bring complete healing to this dying man. One month later, James returned to the hospital to find Zechariah sitting up in his bed completely whole. When Zechariah’s mother saw James enter the room, with uncontrolled emotion she repeated “thank you… you have saved my son’s life.” James informed them Zechariah was well enough to return to Sudan, and that James could take them back to their people. With deep anxiety in her voice, Zechariah’s mother stated, “We have no way to pay for all of this.” James grinned broadly and announced, “The Lord Jesus has provided for you and your son.” The man and his mother sat in stunned silence that a stranger would show such love. 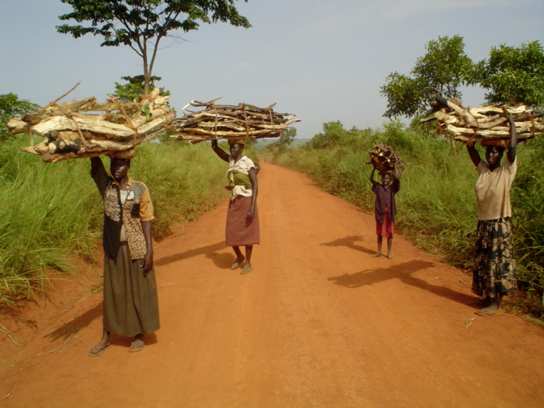 A group of Tauso women, balancing huge bundles of firewood on their heads, were walking back to their village when they heard the rattling sound of the old Toyota coming down the road. As the vehicle passed they could see Zechariah in the window waving at them with joy in his eyes. Immediately the women threw down their huge bundles of wood and began running after the vehicle shouting, “Our brother is alive! Our brother is alive!” Within moments, the entire village had surrounded the vehicle with shouts of excitement and tears of joy. Weeks earlier, the tribe had held a funeral for their brother, assuming he had already died. No one in the past had ever left them in a sickly condition and returned alive. It had been impossible for James to communicate with them while he was in the hospital because this part of the world has no phones or mail services.

The story does not end here. After a few months, James returned to the Tauso village in hopes to share the gospel message with them in their language. He spoke to them about a God of love, that sent His only Son to be sacrificed for their sins. The people listened intently, as this was the first time the Gospel had reached their ears. He concluded the message and asked the group if any of them wanted to confess their sin and accept the free gift of forgiveness from Jesus Christ. Zechariah stood and said, “I want to know this loving God personally.” At that moment, Zechariah made the first step out of thousands of years of darkness and into a glorious future filled with light and the love of God.

Jesus said, “Love one another: just as I have loved you… By this all people will know that you are my disciples.” John 13:34-35

Isaiah 9:2 “The people who walked in darkness have seen a great light; those who dwelt in the land of the shadow of death, upon them a light has shined.”